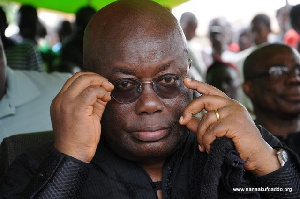 A communicator of the National Democratic Congress (NDC), Godwin Mahama, has noted that the security agencies have failed in dealing with the attacks initiated by the Western Togoland group in the Volta region.

The group he said succeeded in their action because our security agencies were not up to the task because they lacked intelligence.

Ghana he said is a sovereign state hence we should not allow certain things to fester.

Appearing on Frontline on Rainbow Radio 87.5Fm, he stated that every president elected into office must protect the lives of Ghanaians and that is something President Akufo-Addo has failed in doing, for which he does not deserve to be president.

He says the current president has appointed the “highest number of security personnel” but here we are today with the group vandalising police cells, steal weapons from their armoury.

“The Ghana Police and other security agencies have failed Ghanaians. As a government, when elected, the security of the citizens is part of your mandate and so, if President Akufo-Addo could not protect the people of the Volta region, I don’t know what he is there doing. He has failed the people of Volta region. I am saying the government has failed because they treated the issue when it started with kid gloves. The people succeeded in doing what they6 wanted to do.”