In a post sighted by Zionfelix.net, Sadiq, a staunch member of the opposition National Democratic Congress (NDC) stated that Nana Addo has failed as a leader of the ECOWAS.

He indicated that President Akufo-Addo is gradually becoming the poster boy and an “endorser” of lawlessness on the African continent.

Sadiq wrote: “President Akuffo Addo’s long silence on #ENDSars as chair of ECOWAS does not only confirm his approval of the failed leadership being exhibited in Nigeria today but only goes to confirm his stance on using state-sponsored security to suppress freedoms.

“He is gradually becoming the poster boy and an “endorser” of lawlessness on the African continent. This is the man that presided over AWW violence by state-sponsored security forces remember? #EndSars #EndPoliceBrutality #LekkiTollGateMassacre.” 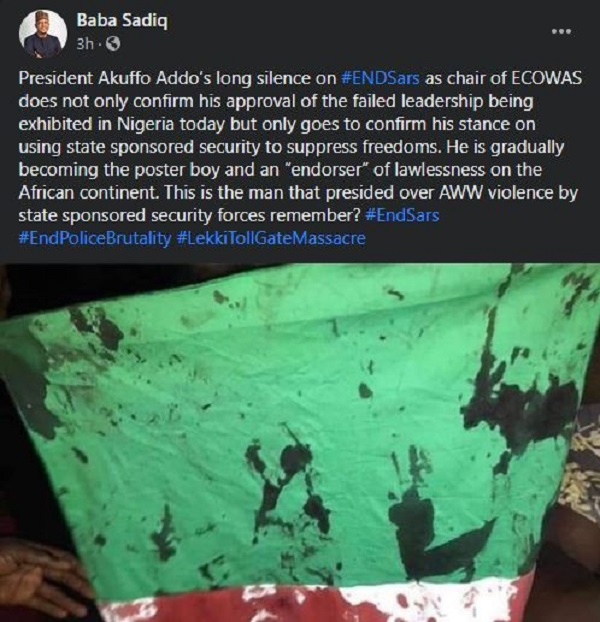