Samia Nkrumah says her decision to re-battle for the Jomoro parliamentary seat in the upcoming elections is borne out of a desire to genuinely serve and not for selfish ambition.

The former Chairperson of the Convention People’s Party (CPP) and former Member of Parliament for Jomoro, is this time around contesting as an independent candidate.

“I’m not a stranger to the Jomoro constituency and my past achievements speak for themselves. What I think is important to remember is why some of us are in politics? It’s not about selfish ambition at all but our ambition is closely linked with the people’s needs and aspirations. If I felt that Jomoro had leadership or an MP who performed better, I would not have been contesting. That is the number one reason. And number two is that I’m doing this political work because I represent a legacy,” she said in a recent interview with Citi News. 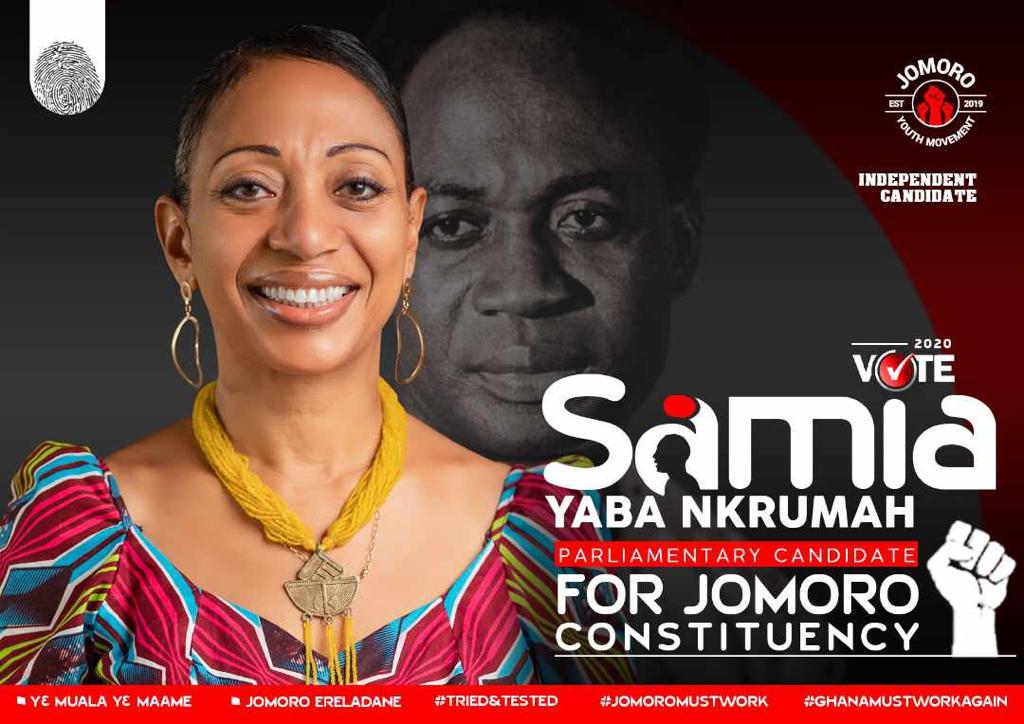 The former legislator of Jomoro Constituency will be contesting against the New Patriotic Party’s Paul Essian and National Democratic Congress’ Dorcas Afo Toffey, the mother of popular Musician, Fatanna.

Samia Nkrumah had served as a Member of Parliament for Jomoro from 2009 to 2013 on the ticket of the CPP.