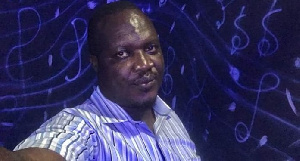 Outspoken music producer and entertainment pundit Enoch Agyepong has described the promise by the New Patriotic Party (NPP) for the creative arts as analogue and that of National Democratic Congress (NDC) as digital.

Speaking on the maiden edition of Onua TV’s entertainment talk show Anigye Mmre, Enoch Agyepong in his final submission on the manifesto promise by the two major political parties said Rex Omar and his NDC have laudable ideas for the creative arts industry and even if they don’t win the election, the ideas will really help the industry.

“I don’t mind who comes to power but we need to make the creative arts our priority,” he said.

“It should come first in anything we do, but the ideas from NPP is analogue and NDC’s ideas and promise is digital.”

Also on the show was musician were Rex Omar, who doubles as NDC’s Spokesperson for the creative arts, and Kwesi Ernest, a member of the NPP and an artiste manager.